One of the initiatives I have been proudest of was created in 1995, shortly after André Bishop became Artistic Director of Lincoln Center Theater.  His first impulse was to open the doors of the theater to many young artists, as he had previously done as Artistic Director at Playwrights Horizons, a very different kind of theater: smaller, more flexible, with shorter runs and smaller audiences.  At LCT in 1995, we had only two spaces, one with 1100 seats and one with 300 seats and runs of 3+ months to accommodate our 40,000 members.  The creation of the LCT Directors Lab is described in detail in “The Art of Dramaturgy” and its philosophy is outlined on the opening page of the Lab website at the link below, which begins with a map, a rolling series of opening day group photos, as well as a complete list of every participant, every guest artist, every actor, designer and playwright who participated over these decades, along with all the sessions and plays that were explored in each summer’s Lab. Five Labs – in Toronto, Los Angeles, Chicago, Melbourne, and a Mediterranean Lab, created by groups of Lab participants from these places, have spun off from the LCT Lab over these years. A video from the LA Lab is also attached below. Finally, a video of participants from around the world remembering their LCT Lab experiences is also attached. Today, many Lab directors are the newly appointed Artistic Directors of theaters around the country and around the world. 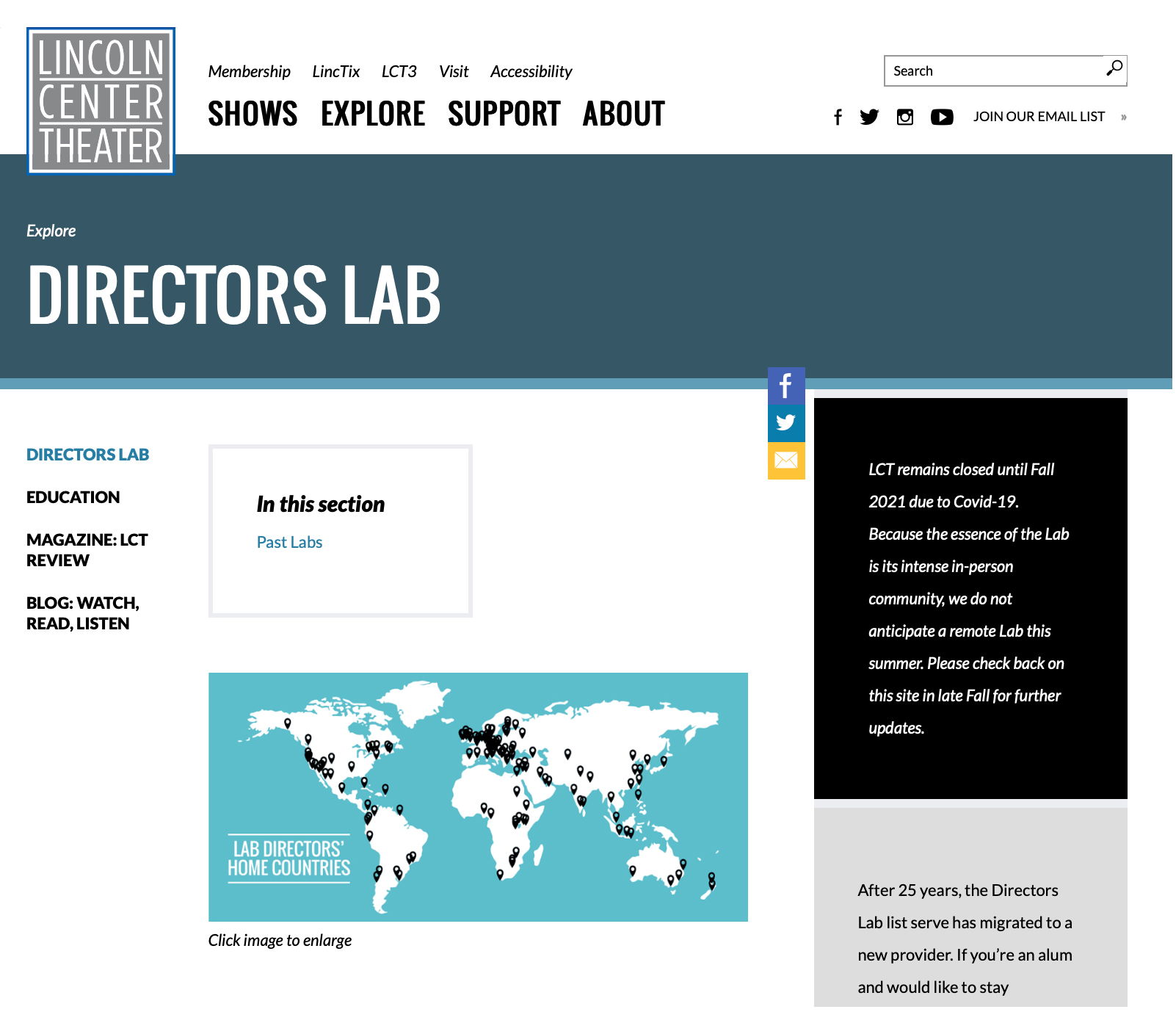 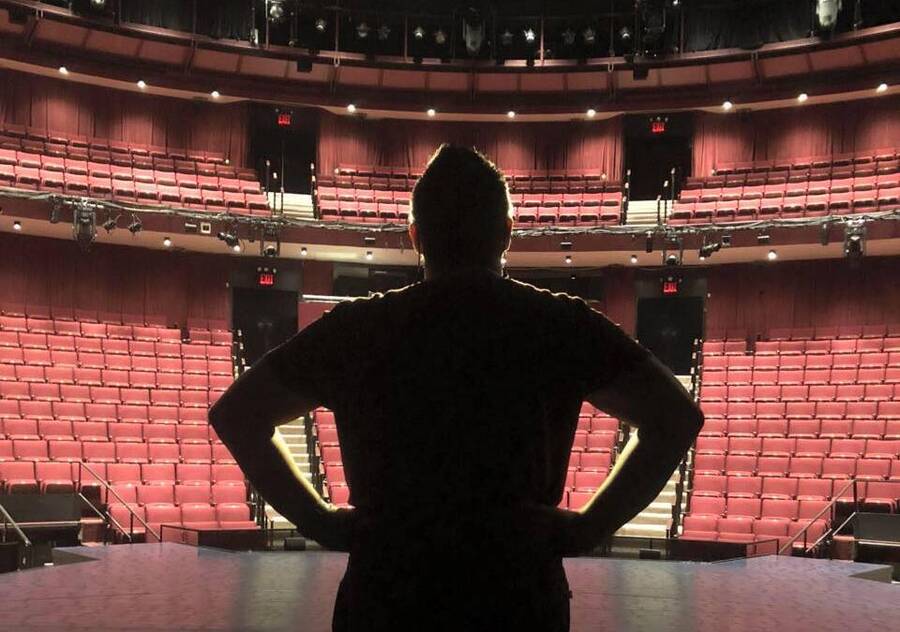 Lincoln Center Theater Directors Lab: Not a Eulogy
But a Celebration

For 25 years, this hugely influential program welcomed directors from all over the world to compare work and share practices. Is it really over? 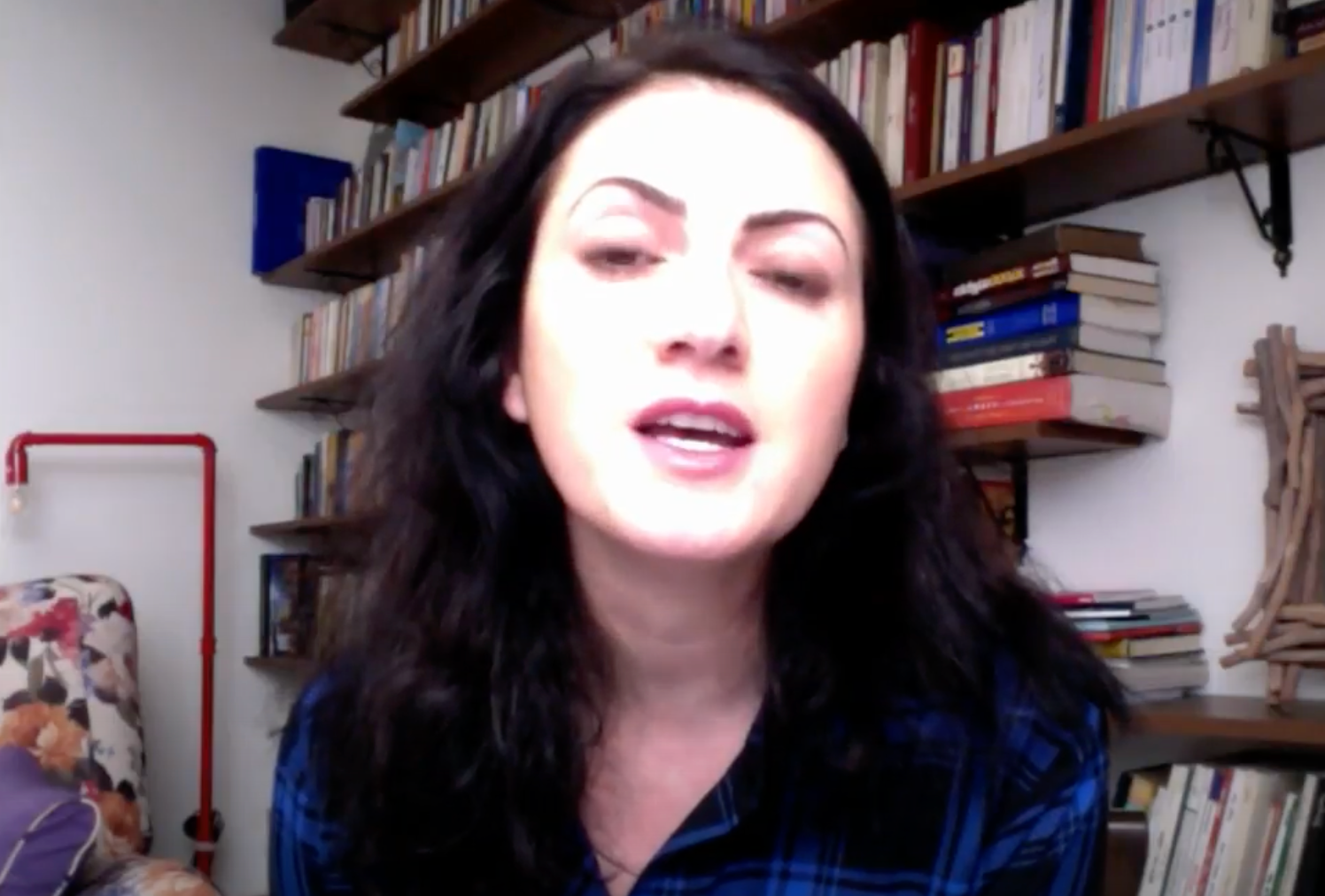 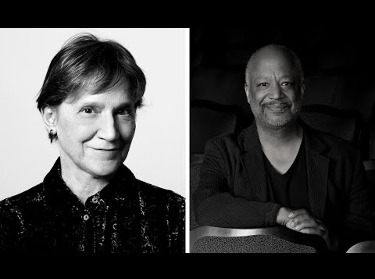 A Discussion of Institutional Perspectives, Connections, and Support. This conversation is presented as part of Directors Lab West Connects, an 8-day series of…