This is an appendix from an interesting book entitled “The Popular Image of the Black man in English drama, 1550-1688” by Elliot H. Tokson.  I copied it and kept it in my “interesting things” file folder.  There are some very good writers on this list, and most of the plays are not well known and deserve to be read.  I’m pretty sure that, once again, they’ll shine a light on the three dimensionality of Shakespeare.  I kept the list because it made me wonder if you could reverse-cast one of these plays : ask a white actor to play the Black role and cast actors of color in all the other parts.  What would happen? 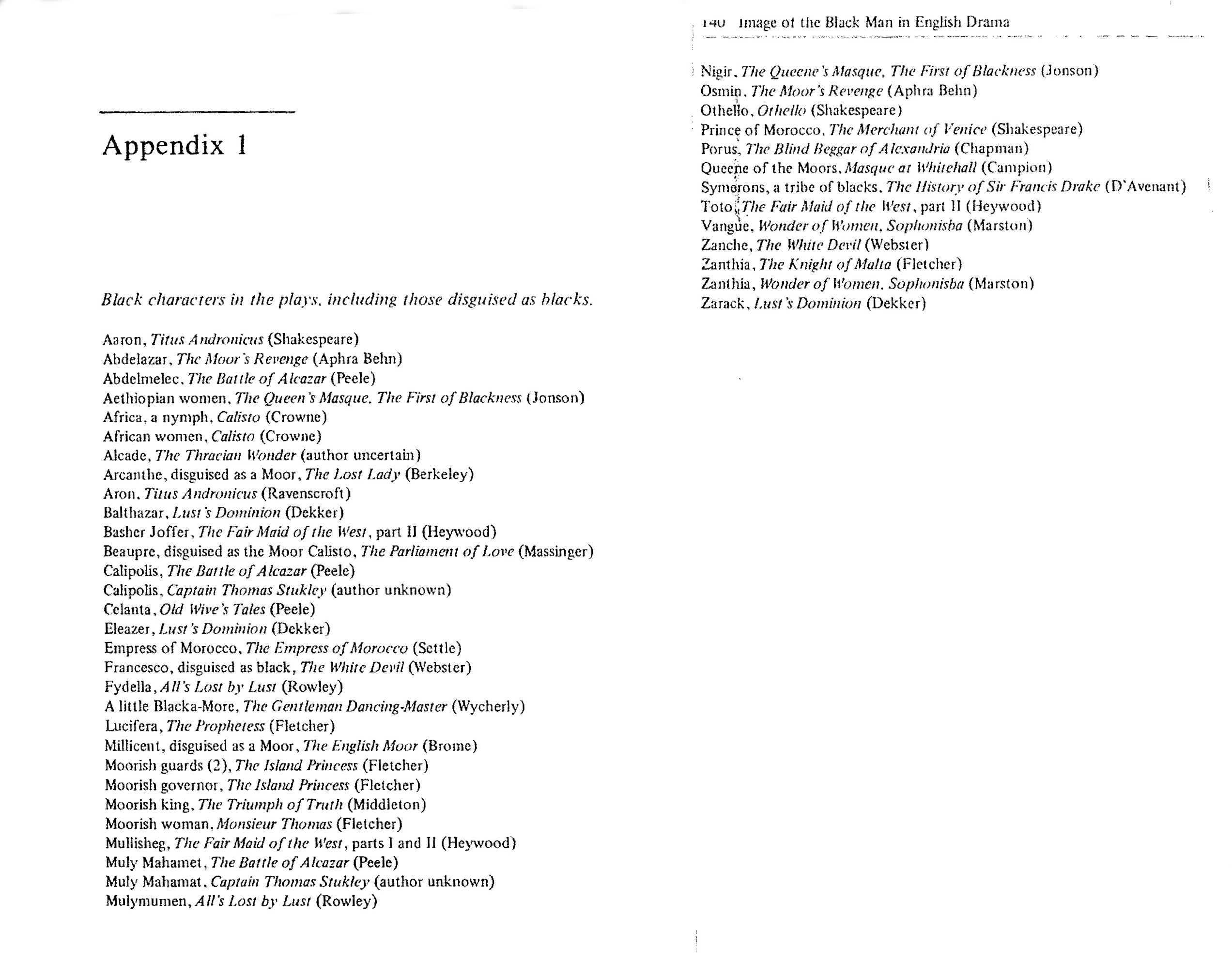